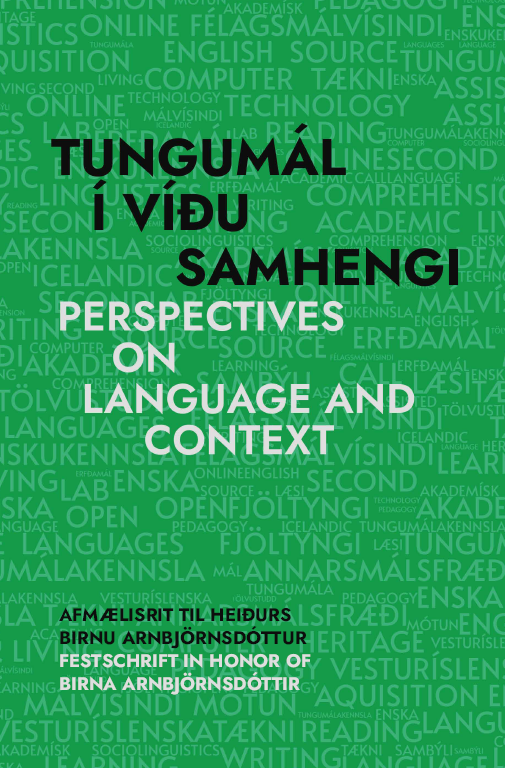 Perspectives on Language and Context is a Festschrift written in honor of Birna Arnbjörnsdóttir to celebrate her academic achievements as a professor of Second Language Studies at the University of Iceland, the head of the Department of Languages and Cultures at the University of Iceland, a board member and later director of the Vigdís Finnbogadóttir Institute of Foreign Languages, and a member of the steering committee for the United Nations’ International Decade of Indigenous Languages.

Perspectives on Language and Context contains essays by Birna’s colleagues and students, both in Iceland and abroad, connected to her research interests, which include: linguistics, Icelandic in North America, English as lingua franca in Iceland, academic English, bilingualism, and language acquisition, and foreign and second language learning pedagogy and computer-assisted language learning (CALL).

The book is published by the Vigdís Finnbogadóttir Institute of Foreign Languages and is edited by Branislav Bédi, Halldóra Jóhanna Þorláksdóttir, and Kolbrún Friðriksdóttir.

Perspectives on Language and Context, Festschrift in honor of Birna Arnbjörnsdóttir, can be downloaded here. 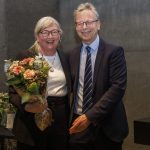 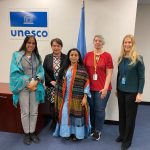