Vigdís Finnbogadóttir, former President of Iceland, will turn 90 on 15 April 2020 and in June the same year forty years will have passed since her historic win in the presidential elections in Iceland.

To celebrate these milestones the Government of Iceland, the University of Iceland and the Vigdís Institute & Centre have decided to establish a new culture award in Vigdís’s honor. The award will be given to individuals who have excelled in their cultural work, especially in the field of languages. The award will bear the name of Vigdís and will be presented for the first time on her 90th birthday. The award ceremony will be a part of further birthday celebrations.

The Vigdís Finnbogadóttir Institute & Centre would like to thank the Goverment of Iceland for its contribution towards making the award a reality. 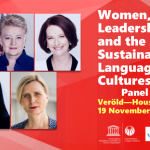 Women and Leadership discussed in VeröldNews 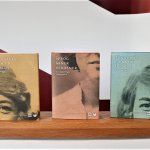