Technology has to support pedagogy, stated Birna Arnbjörnsdóttir during her contribution to the discussion “Promotion of Indigenous languages on cyberspace” organised today at UNESCO Headquarters in Paris on the eve of the official launch of the International Decade of Indigenous Languages 2022-2032.

Birna Arnbjörnsdóttir is Professor Emerita at the University of Iceland and a representative of Iceland to the International Decade of Indigenous Languages. Birna´s presentation “Twenty Years of Computer Assisted Language Learning: Lessons Learned” discussed the achievements and experience of Icelandic Online which she directed. 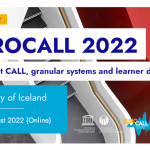 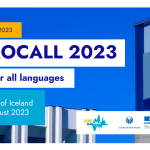