In 2022, two exhibitions opened in Veröld – House of Vigdís. In The Living Language lab, visitors will have an opportunity to look into the world of languages. In Vigdísarstofa, guests will learn about the life and work of Mme. Vigdís Finnbogadóttir.

School groups are invited to have a guided tour of the exhibitions during the months of January-May and September-November. The target group is 12-19-year-olds, but we can receive other groups upon agreement.

The Living Language Lab provides a cross-section of the vast language spectrum of the Earth, from the biggest world languages, with hundreds of millions of speakers, to small and endangered ones. Visitors will learn about the many sides of languages with the help of interactive multimedia and hear the voices of the various languages spoken in Iceland today. They will get an overview of how languages have developed alongside human history for more than 300,000 years and how they have migrated and spread across the globe. Finally, guests become acquainted with the life-cycle of languages which, like other living organisms, are created, change and develop, and eventually may become extinct.

Further information on the exhibition can be found here.

In Vigdísarstofa there is an exhibition on the life and work of H.E. Mme. Vigdís Finnbogadóttir, former President of the Republic of Iceland, and the world’s first woman democratically elected as head of state.

Mme. Finnbogadóttir was appointed UNESCO Goodwill Ambassador for Languages in October 1998, in light of her outstanding contribution to the promotion of linguistic diversity and plurilingual education. 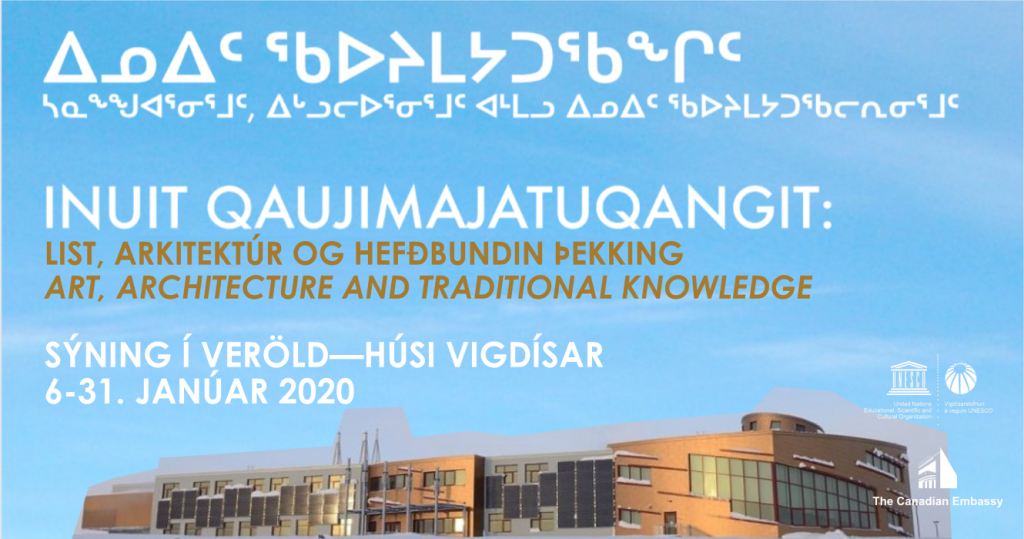 The Inuit Qaujimajatuqangit: Art, Architecture and Traditional Knowledge exhibition is the result of a contest that involved Inuit from all over the Inuit Nunangat territory (Nunatsiavut, Nunavik, Nunavut and Inuvialuit). This initiative is the first of its kind in the relatively recent history of Canadian Inuit art. Called upon to submit a work of art to be integrated into the architecture of the new Canadian High Arctic Research Station (CHARS) in Ikaluktutiak (Cambridge Bay), Nunavut, the artists created works illustrating the contribution of traditional knowledge to the development of sciences and technologies of international caliber, still in use today, thus putting to light past and present Inuit peoples’ ingenuity and inventiveness (Qanuqtuurniq). The fifty or so drawings presented in this exhibition were created by the winners of this competition and all fall under the same theme: Honoring the timeless creative genius of past and present Inuit.

The exhibition was held in cooperation with the Embassy of Canada to Iceland. The Exhibition Catalogue can be downloaded here. 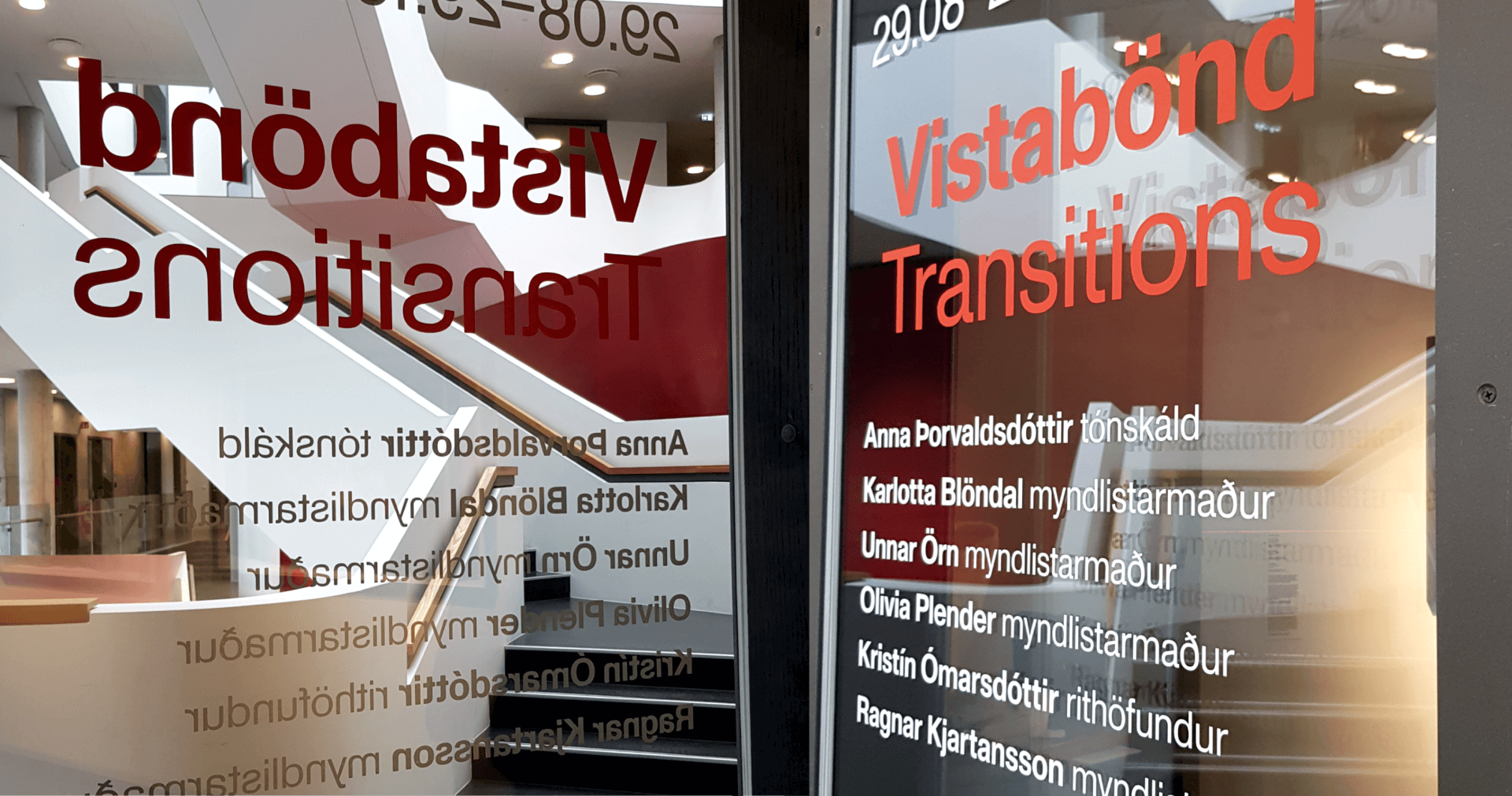 The exhibition Transitions / Vistabönd opened in Veröld – House of Vigdís on August 29 2019 and was on display until October 29 the same year. The participants were the composer Anna Þorvaldsdóttir, the artists Karlotta Blöndal, Olivia Plender, Unnar Örn and Ragnar Kjartansson, and the author Kristín Ómarsdóttir. With one exception, they all have in common the link of having been artists in residence at the Banff Centre for Arts and Creativity in Alberta, Canada, or have had work exhibited there. The exhibition was set up in association with the conference Migration/Vistaskipti, held in the University of Iceland, in collaboration with the University of Manitoba, on 29-30 August 2019. Though its exhibits reflected the varying subject matter of the creative artists, they displayed nonetheless the strong connection between man and nature. Very different localities become the source for art that expresses itself in various forms and media, and the exhibition consisted of visual images, texts and music.

Further information on the artists:

OLIVIA PLENDER British artist b. 1977, lives and works in London and Stockholm. https://www.maureenpaley.com/artists/olivia-plender/biography 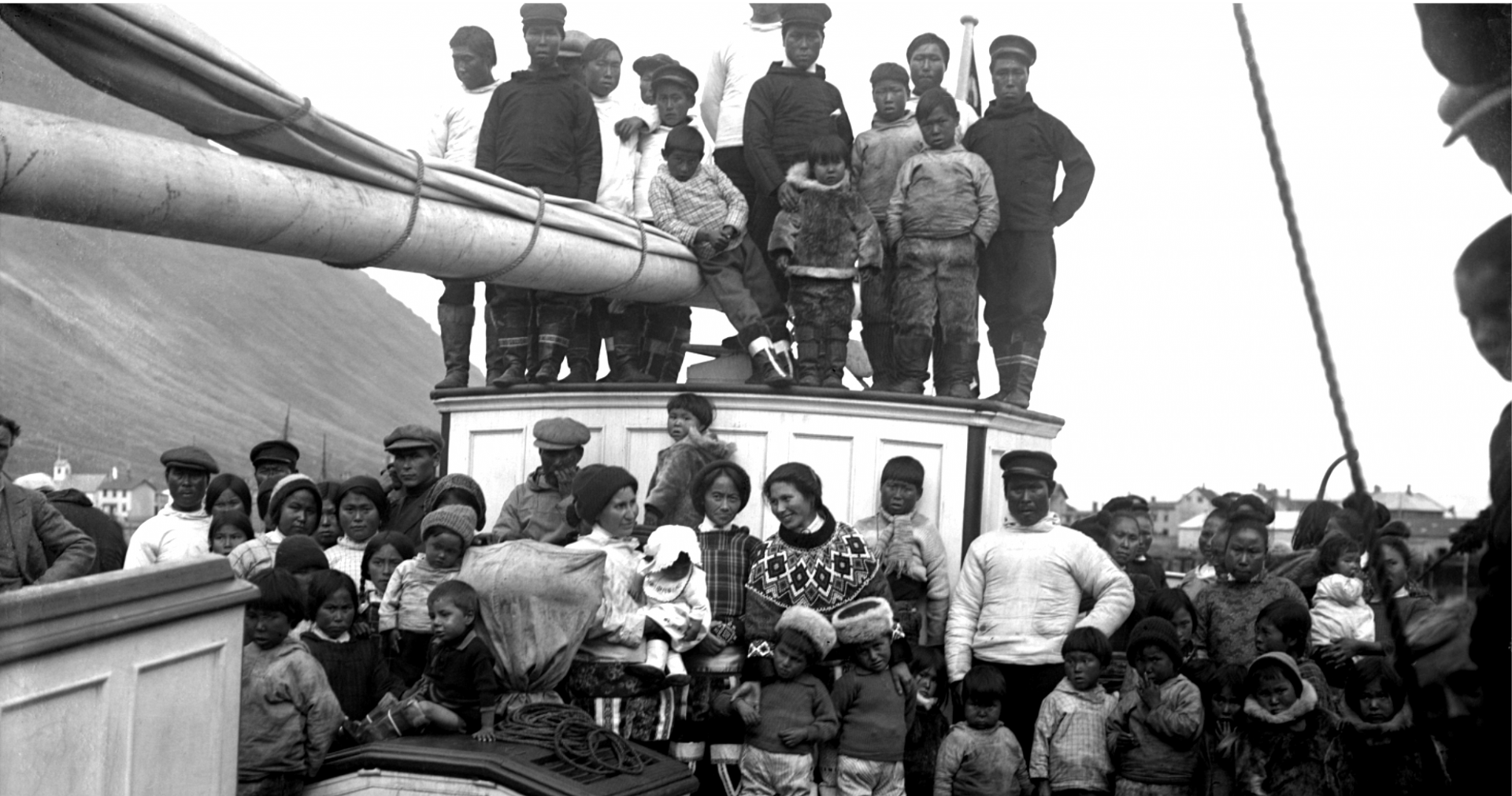 FIRST ENCOUNTER. GREENLANDERS IN ÍSAFJÖRÐUR IN 1925.
Veröld – House of Vigdís 17 January 2019 – 30 June 2019  and in the National and University Library of Iceland

When the ship Gustav Klimt arrived in Ísafjörður in August 1925, it drew a lot of attention as there were more than a hundred people on board.  It was not unusual for a ship to come into the harbour, of course, but on this occasion it was bearing guests rarely seen, even though they were neighbours, for in addition to the Danish crew, the eighty-nine passengers were Greenlanders. Most of them were from East Greenland, more specifically from the region around Ammassalik, while a further dozen or so were from West Greenland.

The Exhibition will be in the Vigdís Finnbogadóttir Institute of Foreign Languages and in the National and University Library of Iceland, from 17 January until 30 June 2019. 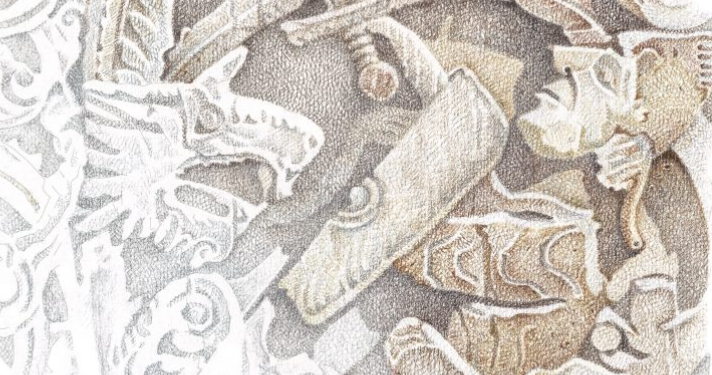 2014 saw the new Danish translation of the complete edition of the Icelandic Sagas, featuring 40 illustrations for 40 of the sagas by the artist, Karin Birgitte Lund. The drawings are being exhibited here as part of the exhibition series that commemorates the 100th anniversary of Iceland’s independence. The exhibition was opened by H.M. Queen Margrethe of Denmark, on 1 December 2018.

The drawings illustrate the sagas, using motifs from Viking and medieval Iceland, Denmark, Norway and Sweden. The artist’s interpretation provides an impression of the fascinating aesthetic of those periods. The pictures are inspired by medieval Icelandic manuscripts, frescoes from Danish churches, Norwegian stave churches and Gotland’s picture stones.

The exhibition also includes a series of brand new, large-scale drawings inspired by the era of the sagas.

Karin Birgitte Lund was born in Copenhagen in 1946, and from 1967 to 1973 studied at the Royal Danish Academy of Fine Arts. She was awarded the Eckersberg Medal in 1997, and the Danish Arts Foundation’s Honorary Bursary in 2004. She designed and illustrated the new series of Danish banknotes.

The exhibition is on the second floor of Veröld – House of Vigdís and is open from 11am to 4pm on weekdays. 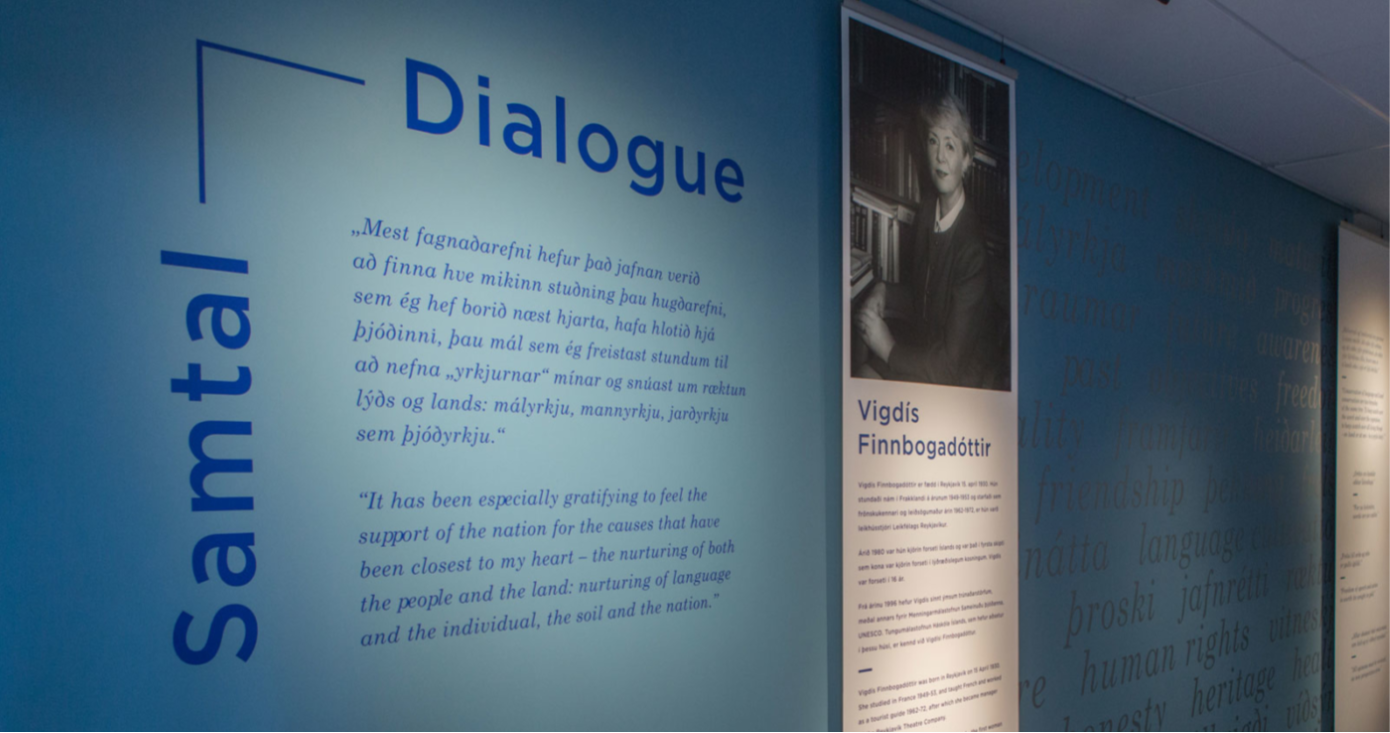 The inaugural exhibition in the new home of the Vigdís Finnbogadóttir Institute, Veröld – House of Vigdís, explores in a range of media the life, work and causes of Vigdís Finnbogadóttir.
The exhibition recounts Vigdís’ student years abroad and her career as a teacher of French, a tour guide, and manager of the Reykjavík Theatre
Company, then explores her many-faceted role as President of Iceland 1980–96, and all the good works she has done since leaving office – for instance as a UNESCO Goodwill Ambassador, and with the Institute of Foreign Languages which bears her name.

The exhibition also provides insight into interests and causes that are dear to Vigdís’ heart; visitors will see some of her favourite books, along with quotations and poetry; and observe the Friendship Forest at Þingvellir grow and flourish. Visitors are encouraged to participate in dialogue with Vigdís: to take seat in the blue theatre chairs and contemplate concepts such as: honesty, human rights, culture, knowledge, equality, language, progress, broad-mindedness and education.