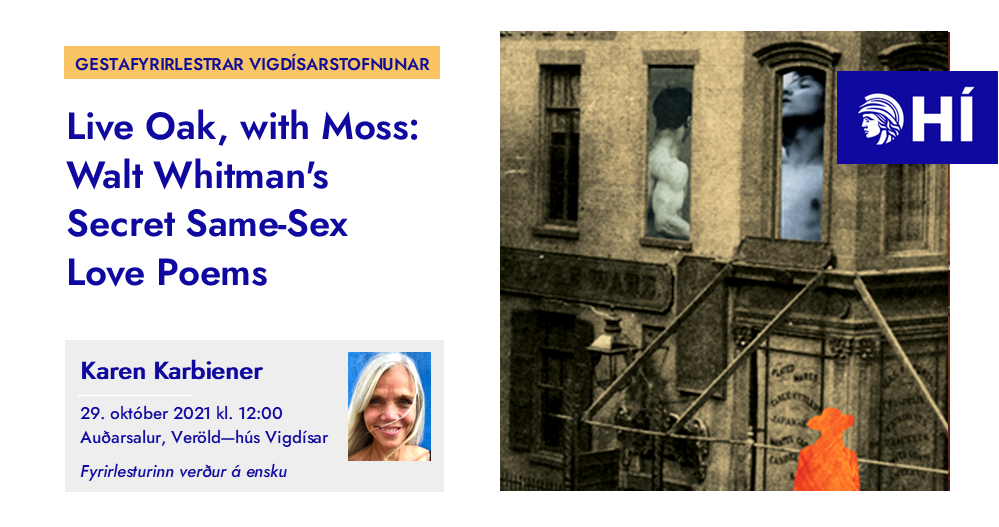 As he was turning 40, the American poet Walt Whitman wrote twelve poems in a small handmade book he entitled Live Oak, with Moss. The poems were intensely private reflections on his attraction and affection for other men– Whitman’s most adventurous explorations of the theme of same-sex love, composed decades before the word „homosexual“ came into use. This revolutionary, extraordinarily beautiful and passionate cluster of poems was never published by Whitman and has remained unknown to the general public until the publication of Live Oak, with Moss (Abrams, 2019; paperback 2021), an experimental new edition of the poems by Whitman scholar Karen Karbiener and New York Times bestselling and Caldecott Award-winning illustrator Brian Selznick.  In this presentation, Dr. Karbiener will reconstruct the story of the poetic cluster’s creation and destruction and introduce Selznick’s provocative visual narrative.

Um fyrirlesarann: Karen Karbiener is an internationally recognized Whitman scholar and teaches at New York University. Winner of the Kluge Fellowship at the Library of Congress and a Fulbright recipient, she has published widely on Whitman, including an edition of Leaves of Grass, two audiobooks on Whitman’s life and influence, a book introducing Whitman’s poetry to children, and a collaboration with illustrator Brian Selznick on a new edition of Whitman’s “Live Oak, with Moss” poems. Dr. Karbiener is the president and founding member of the Walt Whitman Initiative, a 501c3 nonprofit organization serving as an organizing center for cultural activism and poetry-related events. 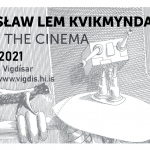