An exhibition dedicated to the work and interests of Vigdís Finnbogadottir entitled SAMTAL – DIALOGUE  Veröld – House of Vigdís.

The exhibition retraces Vigdís’ years as a student abroad and her work as a teacher of French, tourist guide and director of the Reykjavík City Theatre. The exhibition also details the diversity of Vigdís’ role as president from 1980 to 1996 and the importance of the work she has undertaken since her years as president, for example as a Goodwill Ambassador for Languages for the United Nations Educational, Scientific and Cultural Organization, UNESCO, and as a special supporter of the Vigdís Finnbogadóttir Institute of Foreign Languages. Visitors to the exhibition get an insight into Vigdís’ interests through some of her favourite books, quotations, and poems, and come to understand the ideals she holds dear, such integrity, human rights, knowledge, equality, progress, broad-mindedness, and education.

The director and designer of the exhibition was Þórunn S. Þorgrímsdóttir. The caption texts were written and edited by Bryndís Sverrisdóttir. The graphic designer was Salbjörg R. Jónsdóttir, and lighting was by Páll Ragnarsson. The translation was by Anna Yates. Valgerður Jónasdóttir was in charge of image processing and acquisition of pictures. Nanna H. Gréttisdóttir filmed material from Vinaskógur (Friendship Forest). Material from the film Ljós heimsins (Light of the World) is by Ragnar Halldórsson.

Also involved in the organisation of the exhibition were Auður Hauksdóttir, Kolbrún Halldórsdóttir and Ástríður Magnúsdóttir.

This website uses cookies to improve your experience while you navigate through the website. Out of these, the cookies that are categorized as necessary are stored on your browser as they are essential for the working of basic functionalities of the website. We also use third-party cookies that help us analyze and understand how you use this website. These cookies will be stored in your browser only with your consent. You also have the option to opt-out of these cookies. But opting out of some of these cookies may affect your browsing experience.
Nauðsynlegt Alltaf virk 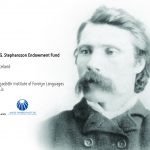