Andrúm studio has been nominated for the European Union Prize for Contemporary Architecture – Mies van der Rohe Award 2019, for their design of Veröld – House of Vigdís.

Veröld – House of Vigdís has, since its inauguration 20 April of 2017, housed the Vigdís Finnbogadóttir Institute for Foreign Languages, The Vigdís International Centre for Multilingualism and Intercultural Understanding, and the Faculty of Languages and Cultures of the University of Iceland.

In December 2011 an open competition was held for a design of the building which received a total of 43 proposals submitted from architects from nine countries. The winning proposal was that of architects Kristján Garðarson, Haraldur Örn Jónsson, Gunnlaugur Magnússon and Hjörtur Hannesson of the Andrúm studio.

The Inaugural book on Veröld – House of Vigdís, containing further details, can be found HERE

This website uses cookies to improve your experience while you navigate through the website. Out of these, the cookies that are categorized as necessary are stored on your browser as they are essential for the working of basic functionalities of the website. We also use third-party cookies that help us analyze and understand how you use this website. These cookies will be stored in your browser only with your consent. You also have the option to opt-out of these cookies. But opting out of some of these cookies may affect your browsing experience.
Nauðsynlegt Alltaf virk 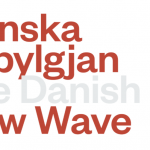 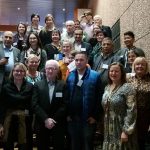 In Other Wor(l)ds – Nordic Dimensions of MultilingualismNews
X